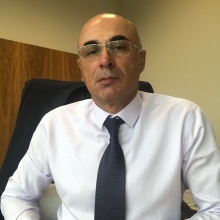 Strahil Vidinov has been appointed Head of the Risk Management Unit at Pension Assurance Company Doverie at the beginning of January 2019. He started his professional career in 1986 as a research assistant at the Institute of Machine Tools, which continued at the Institute of Complex Automation and Systems in Sofia. In 1991 he entered the banking sphere, first as an expert, then as a Chief Accountant successively at CB Sredets, CB Serdika, CB Biochim and DSK Bank EAD.

Graduate from the Higher Institute of Economics Karl Marx in 1986, majoring in Organization and Management in Industry. He has specialised in banking and private banking at UBS, Switzerland and the International Institute of Private Banking, Luxembourg. Fluent in written and spoken English.